And there it is – Dubrovnik!

The jewel of the Mediterranean and Croatia, the former independent city Republic, a MUST see in Croatia…. Just let yourself finish these sentences. This will be last stop of your trip in Croatia and this is the last blog (article) I will be writing before you come to Croatia and I do hope that this only increased your wish to come to Croatia. Be sure that you prepare sunglasses for your stay in Croatia because you will need it especially at seaside. 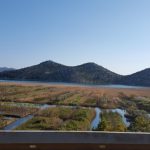 On your way from Split to Dubrovnik you will stop in Ston. Ston is a village and municipality in the Dubrovnik-Neretva County which is located at the south of isthmus of the Pelješac peninsula. Ston is famous for the Stone walls which were built by Dubrovnik Republic. The Republic acquired Pelješac and erected a monumental defensive system, the largest fortification and urban achievements in Europe at the time. They invested huge sums of money and employed the famous builders and designers (www.ston.hr). Ston is also famous for its white gold mines – salt. This treasure is harvested only one time during the year and this makes it even more valuable. Dalmatia has a long history of mariculture. Traces of primitive oyster farming-petrified oak branches with attached oyster shells-were noted by Roman chroniclers and the first written documents are from the time of the Dubrovnik Republic. In 17th century there was collection and sale of oysters while in 18th century there was a procedure for granting oyster rearing concessions. At the end of 19th century, development of modem mariculture began. You will be visiting one of the companies involved in the oysters business. Last but not least is more wines. Producing and growing wine is over 100 years old tradition on Pelješac. Good soil and position are significant for the good red wine which you will be able to taste. 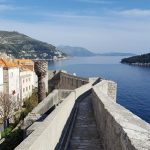 Dubrovnik is a Croatian city on the Adriatic Sea and is one of the most prominent tourist destinations in the Mediterranean Sea. In the late 1970-ties the city of Dubrovnik joined the UNESCO list of World Heritage Sites. The prosperity of the city was historically based on maritime trade; as the capital of the maritime Republic of Ragusa, it achieved a high level of development, particularly during the 15th and 16th centuries, as it became notable for its wealth and skilled diplomacy. After decline of the Republic, Napoleon conquered Dubrovnik (1806), then came the English (1814) and Habsburg Empire (1815). Dubrovnik is full of sights and they include: Sponza Palace (from the 16th century), the Rector’s Palace, the St. Saviour Church, Franciscan Church and Monastery, St. Blaise church, Dubrovnik’s Baroque Cathedral and Dominican Monastery. If you will have a chance to walk on the Dubrovnik walls do not miss that opportunity. It is a worthwhile activity –  wall run almost 2 kilometres (1.2 miles) around the city. The walls are 4 to 6 metres (13–20 feet) thick on the landward side but are much thinner on the seaward side. The system of turrets and towers were intended to protect the vulnerable city. The walls of Dubrovnik have also been a popular filming location for the fictional city of King’s Landing in the HBO television series, Game of Thrones.

You will be able to hear more about economy, education and tourism and how they interconnect and make Dubrovnik what it is during your stay.

Finally, this was last sentence from me before you meet me in the bus at Zagreb airport. See you in 10 days! 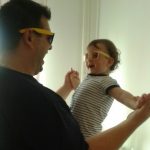