The title of our international seminar originated not in a brain-storming event involving Leadership Wisconsin folks stoked on too much coffee. No, this title reflects a moment, shall I be so bold as to claim an epiphany, in the middle of June 2001. 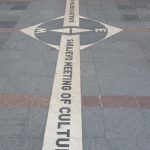 I was travelling by car with two of my students, Boris and Frano, through the Bosnia-Herzegovina country-side on our way to Dubrovnik. We had just passed through Sarajevo and were winding our way through the mountains and valleys towards Mostar. Mostar, the scene of some of the most atrocious events of the Balkan conflicts. We were already 6 hours into our journey, the three of us quiet and reflective. Most of my thoughts were concerning the upcoming final weeks of lectures. This was the second, three-week segment of my initial teaching engagement. The opening segment was delivered in March-April. My students, members of Generation One and Two, were the first two groups of graduate level candidates in the first MBA program of South Central Europe. Collectively, they were explorers, venturing into a space that most had only the vaguest comprehension, but whose allure was intoxicating: entrepreneurship!!

These explorers included individuals betting on their ingenuity, cleverness, strength, persistence and perseverance, and whatever resources or “findings” of opportunity, to launch a venture to call their own. Employees, seeking an edge, a skill set or an expanded network to give them a leg-up either in the market or within the advancement ladder located within their employer’s walls, or both. Students, perhaps with a focus and an objective, or perhaps just curious enough to try out this thing called graduate school for business.

My classroom for Gen 1 & 2 was if nothing else, eclectic. Ages ranged from early 20s to late 40s. Some with jobs, some with own companies, some unemployed. The majority knew their classmates, or of them. 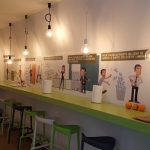 While I was officially there to teach “Financial Management” and “Fundamentals of Consulting” I soon realized that those courses were a platform to something much more significant.  These students were among the first in their family, their neighborhood, their community to aspire to a self-directed future. A future not completely predetermined by birth-right, political affiliation, religion or a tightly planned and controlled political-economy. What that significance represented had escaped me until that drive toward Mostar.

Croatia was emerging from a 10-year journey of conflict and turmoil. The economy: transitioning from a domineering and centralized political economy, more than 800 years in the making. This Generation was to be the new leaders. My Mostar reflection exposed the two most important lessons these students of entrepreneurship had taught me. The key to entrepreneurial leadership was a near total adherence to two simple, yet foundational concepts: curiosity and courage.

Curiosity to understand, not only the exciting and titillating, but also the mundane and the truths underlying the common. Curiosity to inquire, to search, to formulate, to process and to invent. Understanding, that knowing the correct question is the most important foundation for developing a plan. Know the right questions, collect the relevant information, execute effectively.

Courage to seek, to explore, to uncover. Courage to challenge, to break with tradition, to contest and compete. Courage to make difficult choices, including sharing the rewards from success or pursuing an unfamiliar (or unsanctioned) road. Courage to use scarce resources and try to make something whose value exceeded the sum of the components. The courage to lead, both others and themselves.

Combined, the constructs of “curiosity” and “courage” formed a wonderful foundation for teaching leadership and management. Evaluating real events and cases through purposeful questioning and assessing the degree of effort/courage spawned critical thinking and debate. We had achieved the highest level of graduate study comradery: trust among “strangers.” We started to behave like a team, organized by a common purpose. Maybe, with a little luck, this experience would help inform, not only entrepreneurs but other leaders in ways quite uncommon from their predecessors.

That epiphany formed the basis for my farewell speech, delivered on the final day of class. My words, the script, was repeated for every Generation hence. The concepts were relatable, relatively easy to understand and yet vague enough to apply to many situations and circumstances: 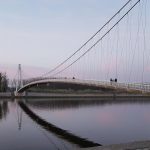 Use your curiosity to inform your decisions.

Draw upon your courage to pursue the best possible outcome.

Share your knowledge and wisdom to foster trust among strangers.

In actuality, the curiosity and courage speech only packaged the concepts and realities these students already understood. They knew that their world of predictability, stability and conformity had disappeared. Their lives had been permanently altered, resulting from many events, including Tito’s death, the collapse of the Soviet Union and its socialism, and the Balkan wars. Yet, they were taking a first step. Joining the effort to create a Croatia version of things to come, partly through pursuing their own self-interest.

The theme of leadership, drawing upon their entrepreneurship pursuits, was the shared epiphany. For many, a theme embraced. For some, a theme to be feared. For all, a place to nurture, to feed their curiosity and to exercise their courage.