Let’s go to the seaside… 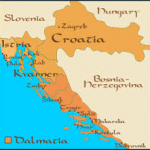 At the end of your first week in Croatia, you say goodbye to so-called continental Croatia and will head toward the seaside – the most beautiful coast in the world. On your way to Rijeka you will pass through Lika nd Gorski Kotar where there is the beautiful National Park Plitvica Lakes (https://np-plitvicka-jezera.hr/en/).  This whole area is well known for tourism where people can enjoy in walking and nature.

Rijeka is the third largest city in Croatia and is 150 km from Zagreb. Since it is connected by highway it is very easy for the people from Zagreb to go for an afternoon coffee to Rijeka. Rijeka has more than 130.000 inhabitants and also has more than 130 rainy days in a year – be prepared.

A bit of history: “Dating from Roman times, Rijeka was later held by the Franks. From the 9th to the 14th cent., Croatian dukes ruled the city. It passed to Austria in 1466. Rijeka, which became a free port in 1723, was united with Croatia in 1776, but three years later Austria transferred it to Hungary. It flourished as a major Hungarian port. The French held it briefly during the Napoleonic Wars, but in 1814 it was restored to Austria, which transferred it to Hungary in 1822.” (www.encyclopedia.com)

“Rijeka is a bustling blend of gritty 20th-century port and Italianate Habsburg grandeur. Most people speed through en route to the islands or Dalmatia, but those who pause will discover charm, culture, good nightlife, intriguing festivals and Croatia’s most colourful carnival.” (https://www.lonelyplanet.com/croatia/gulf-of-kvarner/rijeka)

Rijeka is a city which represents the entrance to Croatia and EU in transport. It is the largest Croatian sea port. Rijeka transports more than 14.2 millione tones of goods and recevies and shippes more than 244.248 TEU containers. 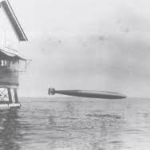 Rijeka has a long industrial history and is a birth place of the torpedo. That was 150 years ago when Croatian inventor Ivan Luppis and British technical creator Robert Whitehead created torpedo and put Rijeka in the centre of the industrially developed world.

Today industry leader in Rijeka is Jadranski Galenski Laboratorij, a pharmacheutical company (www.jgl.hr). Main business activities in Rijeka are in sectors of shipbuilding, oil refining, paper milling, engine building, manufacturing, construction, trade, transport and warehousing industries and professional, scientific and technical activities – making 85% of income. You will be visiting a university spin-off – Center for Protemionics (http://capri.com.hr/). This is an excellent example of cooperation between univerisity and business.

Besides economy, Rijeka is atracting visitors for summer holidays since is it very close to some of the most famous Croatian resorts -Opatija and Crikvenica, but Rijeka itself is not place for summer holidays and even its inhabitants go somewhere else for vacation. 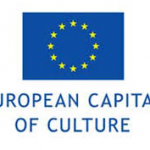 From time immemorial Rijeka has nurtured culture which is thus forever woven into Rijeka’s identity. Rijeka has numerous number of theatres, galleries and museum. It is important to state that Rijeka will be European Capital of Culture in 2020. The European Capital of Culture is a city designated by the  European Union (EU) for a period of one calendar year during which it organises a series of cultural events with a strong pan-European dimension. Preparing a European Capital of Culture is an opportunity for the city to generate considerable cultural, social and economic benefits and it can help foster urban regeneration, change the city’s image and raise its visibility and profile on an international scale. (https://ec.europa.eu/programmes/creative-europe/actions/capitals-culture_en)