I have just finished reading Tim Baye’s blog for pre-Croatia trip preparation and he started with good preparation for your visit to Croatia. As Tim mentioned five regions in Croatia, I will start with the last on his list but the first one you will visit – Slavonia. Since I am also a tourist guide I will not go into food (although this is also an interesting area for the food and different varieties of food – and you will experience that during your stay in Osijek) but will go to a bit of history and sightseeing.

Slavonia is the most eastern part of Croatia with Osijek as its cultural, economic and scientific center (almost 100.000 inhabitants). Osijek is close to Serbia (50 km), Hungary (50 km) and Bosnia (50 km). Osijek is going to be your base for the first few days of your trip with an excursion to Vukovar and Vučedol.

If we go to history it is important to mention that in ancient times Celtic and the Roman city named Mursa used to stand where Osijek is today. First time in history the written name of our city was mentioned in 1196 in the Hungarian version Eszek, and the Germans called it Esseg. Throughout the middle ages at the time of the Croatian-Hungarian kingdom, Osijek was a wealthy merchant and craft town. In the 19th century, Osijek experienced a great economic and cultural boom. During that time the building of the Croatian National Theatre, the County Palace and the Co-Cathedral of St. Peter and Paul were built and the first tram (tramway) in the region was introduced as a means of public transport. A large number of other cultural institutions and factories were opened which attracted a large number of new citizens (Osijek Tourist Association). It is worth mentioning that Osijek was more developed than Zagreb at that time. 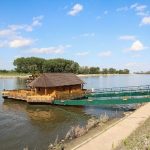 Today’s Osijek is a nice city which you will have a chance to explore during our walks on Saturday and Sunday evening. You will get a chance to ride in a tram. On September 10th, 1884 a horse tram began to circulate in Osijek and it was one of the first in Central and South-eastern Europe. From major cities in the region, only Vienna, Budapest, Graz and Bucharest got tram before Osijek, while the cities Zagreb, Bratislava, Sofia and Belgrade introduced it later. Many cities in the world today reintroduced trams in public transport system and Osijek is one of the few “small” cities that can boast its continuous existence and expansion. At the streets of Osijek, it’s possible to see four different models of trams, of which the oldest one is from 1926 and is used for tourist rides through the town. (Osijek Tourist Association)

During your visit in Osijek, you will see the agriculture company using the newest technology and you will see also an old water mill on the Drava which is still running and which is part of the project Miller’s route. We will visit company Žito (www.zito.hr) which has recently opened a new factory where everything is automatized and they are using all different technologies for helping them increase productivity. Regarding technology, Osijek is also well known in Croatia for its Osijek Software City association (www.softwarecity.hr) – a kind of IT companies cluster which has increased competitivity of IT companies from Osijek and has opened the door for starting new companies employing more young and well-educated people.

I will stop now since I am mixing everything and getting lost in my thoughts 😊.