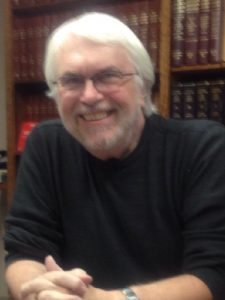 My name is Harry Hertel, and I am an attorney with Hertel Law, S.C. in Eau Claire. Originally from West Allis, I graduated from Carroll College with a degree in International Relations. My interest in that field resulted from time spent in Germany as an AFS student in high school and at the Free University of Berlin during college. After graduating in 1971, I became interested in law when I observed my brother in a mock trial at the UW-Madison Law School, from which I also graduated in 1976. Unfortunately, my first course in International Law made me realize that treaties, oil leases, and business agreements lacked a personal human element, leading me to focus on criminal defense and plaintiff’s personal injury cases. In addition to a busy practice, I have served on the Board of Directors of the Wisconsin Association for Justice—which promotes the interests of those who are injured—and the Wisconsin Association of Criminal Defense Lawyers. I was later elected President of that organization, which supports criminal justice and civil rights.

I first became aware of Leadership Wisconsin in 2015 when Jennifer Ondrejka (Group XII) invited me to attend the annual conference held in Eau Claire. I saw the variety of backgrounds, occupations, and life experiences represented and realized there might be something more I could do with my life beyond trying to make a difference for those injured or accused of wrongdoing. As important as those goals were, I believed I should be doing something more and needed to define what I was missing. Leadership Wisconsin was a pathway to develop skills and insight to enhance the lives of those participating and the lives of others. Since then, I have enjoyed our seminars, the camaraderie of my “fellow Fellows,” and the discovery of approaches to analyze and prioritize goals, as well as consider what individual challenge appealed to me.

In 2016, I represented a teenager in Wausau, a 15-year-old who had been convicted in adult court of first degree reckless homicide in stabbing a 13-year-old boy who had fired what the client thought was a real gun, but turned out to be a BB gun. I was hired only to handle his sentencing and appeal, as another attorney had handled the trial, and there were serious concerns that self-defense issues and other trial decisions had been mishandled.

When I learned just what potential horrors awaited my client in adult prison—a 55% chance of being sexually assaulted and a recidivism rate three times that of one kept in the juvenile system—I began to explore whether there were better options of intervention, treatment, and confinement which could treat children at the earliest possible opportunity and keep them from going down a spiral of hopelessness and crime. I don’t have any great answers yet, but my contact with a number of people in Eau Claire has created support for developing a program which might improve the chances of our young people to thrive. Hopefully, the skills I am learning may make that project a reality.

When not working or pursuing that project, I enjoy time with my four children, four grandchildren and am eagerly looking forward to two more grandkids due in November and March. Aside from that priority, I love attending Green Bay Packer football and Minnesota Wild hockey games, as well as collecting comic books and hockey cards, reading mysteries, and watching movies…If I can ever find the time.